Back in the Chair

I’ve been coasting for the last couple of weeks. 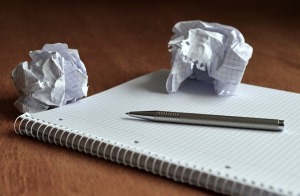 It’s not like me. Usually I can’t wait to get the pen on the page.
A couple of weekends away may have something to do with it. That can affect the flow, but it often provides ideas as well as the need to get back in the chair.

I think it’s linked to rejection. Even though I’d been expecting it (because my child-like optimist is quite well balanced by a realistic pessimist), it still affected me.

If you read my blog from a couple of weeks back, you’ll know I submitted the first two chapters of my novel to the Bath Novel Award.
As you can probably guess from the lack of shouting, I didn’t make the longlist. 😦

There were a lot of entries, and the BNA tweets were positive even about the ones they turned down. But how much of that was spin and whether I came in at 51 or 1051, I’ll never know.

Coupled with this, I’ve had a short story consistently turned down. Actually twice. That’s pathetic now that I put it in writing. The story was shortlisted in Writing Magazine and as well as good feedback, even the rejections were, “Not what we’re looking for, try elsewhere” rather than “Burn it”. So I suspect this is bruised pride more than anything. I just need to figure out a home for it.

Anyway, for some reason I’ve spent the last two weeks procrastinating. Is that a form of writer’s block? I don’t know, fortunately I’ve never suffered from it and even if it is, it’s only a very mild form because I’m coming out the other side.

I’m back to my 30 minute timed stints, I’ve finished a short story and I’m about to tackle some crit feedback on chapters 3 and 4. Although every time I look at it, I think of something else to do.

But I’m getting in there. I’m back in the chair and the timer is on.
…although, maybe I should just make a cup of tea first…

This entry was posted in General, Writing and tagged writing. Bookmark the permalink.

6 Responses to Back in the Chair