#IWSG April: Stop looking that gift horse in the mouth

Posted on April 3, 2019 by Angela Wooldridge

It’s the first Wednesday of the month, which means it’s time to share our hopes, dreams and fears 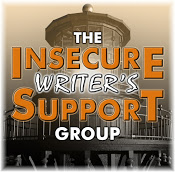 with the Insecure Writers Support Group, the brainchild of Ninja Captain Alex J. Cavanaugh, and this month’s hosts are; J.H. Moncrieff,Natalie Aguirre,Patsy Collins, and Chemist Ken!

Do stop by and say hello to them!

So, what have I been up to this month?

Every now and then, SCBWI (Society of Children’s Book Writers and Illustrators) have competitions called Slushpile Challenges.

This weekend, the opening lines from my novel were in the top five selected by the judging agent. Yay!

Yet there’s still a voice in the back of my head that keeps whispering, ‘What if there were only five entries?’

When I mentioned this to my husband he gave me the verbal equivalent of a slap upside the head. ‘Don’t be stupid,’ he said. ‘Look at the feedback; ‘Striking voice and strong opening.’ Don’t start second guessing and poking holes in things. Learn to take praise.’

Why is it so much easier to doubt yourself? Anyway, I’m going to poke that doubting voice in its metaphorical tonsils and ignore it.

‘Striking voice’? I’ll take that, thanks 🙂

This entry was posted in IWSG and tagged IWSG, SCBWI, slushpile challenge. Bookmark the permalink.

11 Responses to #IWSG April: Stop looking that gift horse in the mouth